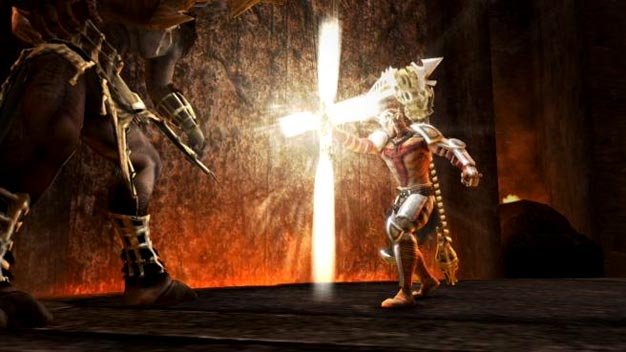 EA’s trip to hell, Dante’s Inferno, is penned by Academy Award nominee Will Rokos, the company has announced. Best known for his Monster’s Ball screenplay, Rokos says adapting The Divine Comedy for the game has been “one of the most interesting and challenging projects I’ve worked on.”

“I really got into re-imagining Dante as a flawed hero with a dark past, and his determination to save the love of his life from a terrible fate,” Rokos says. “It was a truly unique experience to re-create one man’s hell, one circle at a time.”

In other words, if you’ve had a problem with EA taking too many liberties with Alighieri’s epic poem, you just found your scapegoat.