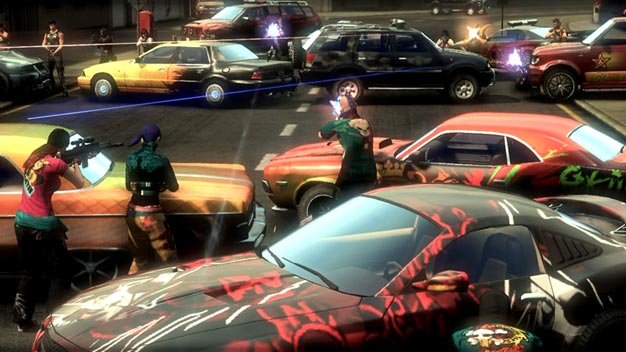 Been plugging away at the closed Beta of APB? Been unlocking loads of cool upgrades and creating tons of customised cars and clothes and wotnot? Then sit down, you might not like this.

When APB goes live, all progression and customised items will be deleted. It’s unfortunate, but for the good of everyone, says the game’s creative director, Dave Jones.

Speaking in a recent round-table at Realtime Worlds’ Dundee HQ, Jones revealed, “Everything we have just now in Beta, we really have to wipe. I mean, it’s an online game and there was a lot of stuff that was created in older systems.

The whole point of beta is to test everything and get everything ready. Just like every other online game, really. Y’know we have to wipe what has been done.

“We certainly want an even playing field, with regards to weapons and progression. We would love to carry over all the imagery and stuff. But to be honest because a lot of it was made in older systems, and we’ve been in Beta for a long time, the safest thing to do for the game and for the players is to start from scratch.

I know it’s probably not what you want to hear, but believe me it’s for the best.”