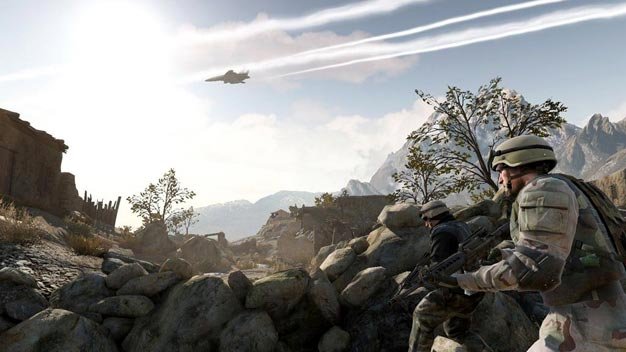 EA is determined to take back the shooter crown from Activision, so much so that they’re releasing two high-profile modern shooters roughly six months apart from each other. And they’re not worried about the two games in question — the modern day Medal of Honor (pictured) reboot and next week’s Battlefield: Bad Company 2 — coming off as too similar.

“I think there’s enough separation between Medal of Honor and Battlefield: Bad Company 2, both in time and in tone,” EA Los Angeles’ — MoH‘s Unreal Engine 3-powered single-player campaign developer — studio head Sean Decker said in a recent interview. “Having worked on both franchises and seen and worked with both teams, they have different ideas of first-person shooters, especially in the tone and how you play, and also the pacing of the game.”

“Medal of Honor is really more of a… I’d put it as a CNN type of feel. It’s much more, again, about authenticity, and about today. Bad Company and the Battlefield franchise has never really tried to take itself too seriously, and has built itself – Bad Company especially – around a completely fictionalised world. At the same time, it tries to be hard-edge when it comes to the actual combat in the game.”

“I think there’s some good separation between the two,” he says.