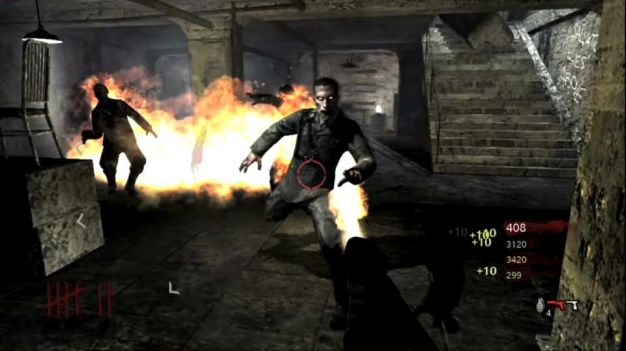 Call of Duty: World at War‘s Nazi-zombie mode took a lot of people by surprise in 2008. It made for some top notch co-op action and the targets definitely had it coming (they’re Nazis and zombies, that’s naught but pure malevolence). Many were eager to see such a scenario return in Modern Warfare 2, but Infinity Ward were quick to point out last year that they would not be indulging in a zombie-based last stand mode.

Those hoping that this might change through the addition of DLC, prepare to be disappointed; speaking at this year’s worldwide Call of Duty finals tournament, Infinity Ward’s Robert Bowling stated that “there will be no Nazis or zombies in any piece of Modern Warfare 2 downloadable content.”

Looks as though the slaying of the undead will remain well within Treyarch’s territory then, which I can’t say I’m too fussed about if I do in fact get to take them on ‘Nam style this year.