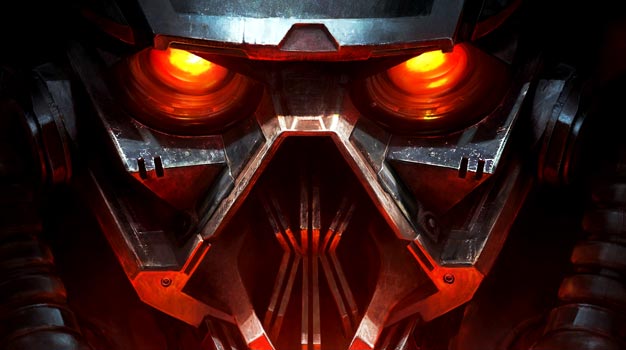 *Note* At the time of review, multiplayer was seemingly unavailable. We’ll give you our thoughts once we get some time online. For now, here’s our take on the campaign.

Killzone 2 was grey, really grey. Its arsenal didn’t hold too many surprises and you can bet your ISA rifle that there was always a red barrel not too far off from a squad of Helghast. That said, for my money it nailed the atmosphere of war better than any game before it, with weighty, realistic shooting, stunning graphics, and the iconic, haunting image of the red-eyed space Nazis always in your view.

Guerrilla clearly thinks their franchise is capable of more than that though, and that’s where Killzone 3 comes in. This FPS powerhouse still boasts looks to die for and plenty of large-scale skirmishes to push through, but it treads new ground for the series too, with a number of different locations, enemies, and mission types to experience. There’s a fair few fans out there that are worried the game has sacrificed some of its realistic, grim identity in favour of accessibility, which it has to an extent, but that doesn’t keep it from being an enjoyable experience.

The first major difference comes in the controls. Gone is the slow, lagging aiming that forced you to take a more tactical, cover-based approach to the shooting. In its place is silky smooth aiming more akin to Call of Duty than Killzone. Weapons are now viciously accurate, with bullets instantly hitting their mark instead of bouncing round your sights like they’ve been fired out of a can of coke and Mentoes. You can adjust the sensitivity to slow things down, and Helghast will still take a fair few rounds before falling, but you can’t escape the fact that Guerrilla have adjusted the controls for a mainstream crowd. Deciding on if that’s a problem or not is entirely up to you.

In fact, the new controls compliment some of the new situations you’ll find yourself in. Killzone 2’s end left the war against the ISA and Helghast rather unbalanced in the Helghast’s favor. Brash ISA trooper Rico may have killed the enemy’s iconic leader, Scholar Visari, but the Helghast still greatly outnumber the few ISA left on the planet, and they’re on home turf. This means the focus of Killzone 3 switches from huge warzones to smaller-scale guerrilla missions, with main character Sgt. Sevchenko often finding a way around the enemy rather than taking them head-on. 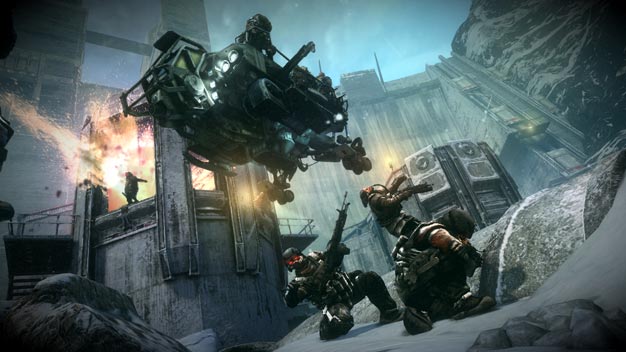 While the game starts off with a frantic rush to escape the grasp of the Helghast in what feels more like an epilogue to Killzone 2, things quickly spread out between more varied objectives. Stealth is something you’d think the franchise would never handle, but by the second level you’re sneaking around a Helghan forest, picking off tube-breathers with a sharp little SMG.

Of course, there’s a good amount of Helghast to pump bullets into with old favorites and new types returning. Catchers are fast on their feet, rushing up to you with Assassin’s Creed-style wrist—blades to cut you down. Mini-bosses constantly pop up, with a lion-like robot proving that the franchise still has plenty of awesome enemy designs left in it. Melee has been improved too, so now you can get up close to your enemy and just casually… crush their eyes with your thumbs. Lovely.

The game will constantly throw new experiences your way, be it vehicles, enemies, or weapons. For the most part it’s done well; using jet-packs to bound around an icey level is a blast, but there are times when it just feels rushed. Most of the vehicle sections are pointless affairs that don’t bring anything to the table, and you can’t help feeling like the core shooting is getting a little lost in the mix simply because you’re seemingly doing something new so often that you don’t get a chance to settle into one thing. It’s a real shame that most of the time you feel like you’re being interrupted from the standard shooting that Guerrilla have done such a good job with.

It’s nice to have a mix of objectives, but it results in a struggle for identity. Killzone 2’s dedication to grim battles gave it a distinct feel, while 3 is harder to separate from its competitors, regardless of how fun it is to play. It’ll definitely come off as a little disappointing to franchise-fans who simply wanted the war-theme taken to the next level.

It be a bit clumsy at times too, thanks to a story that’s a completely mixed bag. While the last remaining ISA soldiers are in despair, banding together as a hopeless rag-tag group of scrappy fighters, the Helghast are mourning the loss of a great leader and scattered by a political-battle for leadership. Strangely enough, it’s the Helghan side of this tale that comes out the strongest, with actors Ray Winstone and Malcom McDowell giving compelling performances and Helghan leaders locked in a petty struggle for control.

On the ISA side, a cast of unlikeable characters, some questionable changes in voice actors from last time around, and the complete disappearance of one of the last game’s main characters without any explanation makes for an awkward string of cut-scenes. Killzone has never gotten its story spot on in any of its four games so far, and it’s a real shame to see this one so nearly hit the mark on one side of the plot, and miss it completely on the other side.

The cut-scenes themselves jump about way too much, never giving a proper explanation of where you’re going next or why the plot just jumped backwards/forwards by six months. There’s several “Oh… okay” moments to be had when you suddenly find yourself in a new vehicle or environment. It makes the campaign feel a bit disjointed which is a shame seeing as it could have so easily been avoided with a bit more attention to the movies. The icing on this poorly-baked cake being a near non-existent ending that fails to give the player any answers. 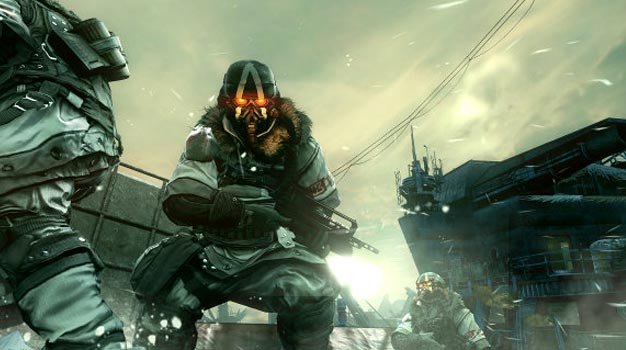 Story-mode actually comes with a number of different, game changing options, too. First up is the ability to use the Move controller all the way through. Guerrilla have given you the tools to fine-tune the movement, meaning you can mess with the controls until they suit you. It’s a really fun alternative, especially during the sections where you’re required to simply point and shoot instead of walk, but it never competes with the DualShock experience. After playing a quarter or so of the campaign with the Move I instantly felt more comfortable with the classic controller back in my hands.

Co-op is also available this time around, allowing another player to shoot through the campaign with you. It’s limited to split-screen and the campaign wasn’t really made with two players in mind, but it’ll be a dream come true for some Killzone fans. I know that I can’t wait to take on Elite difficulty with a friend, and Guerrilla should definitely get a pat on the back for making such a technically demanding game run in split-screen.

And yes, I do mean demanding. Killzone 2 was a bar-raiser to the PS3 in terms of graphics, and 3 now stands on top of that bar, stamping on its predecessors fingers as it clings on. Quite simply, the game is gorgeous, with the settings to back it up this time. The dim Helghan jungle dares to let loose some brilliant flashes of color, while the snow sections even manage to show Uncharted 2 how it’s done. Flawless character models mean that murder has never been so beautiful, and the reload animations still amaze with their no-rush, do it properly approach. Uncharted 3 may well topple it once more at the end of the year but right now Killzone 3 is fighting with Kratos for the PS3’s power crown. Sure, it hiccups a few times with pop-in, but you’ll be too busy drooling from the mouth to really notice.

Top notch sound-work is the final piece of the puzzle. Deafening guns, agonizing screams of pain, and the occasional appearance of the fantastic score make it as much of a treat on the ears as it is on the eyes.

You might leave the campaign with mixed reactions, but it’s still a step-above most of the competition. Guerrilla have been perhaps a little too ambitious with the amount of ideas, but the safety net of a fun, exciting core shooter always saves it. For all its presentation and variety, Killzone 3’s story definitely bares a little disappointment. In mixing things up, it loses a fair share of what makes the franchise so unique in the first place. If you’re willing to put that aside, there’s still a great campaign in place that’s definitely a step-ahead of most of the competitors. It’s easy to recommend to anyone, but we can’t help mourning the death of what the franchise once was.