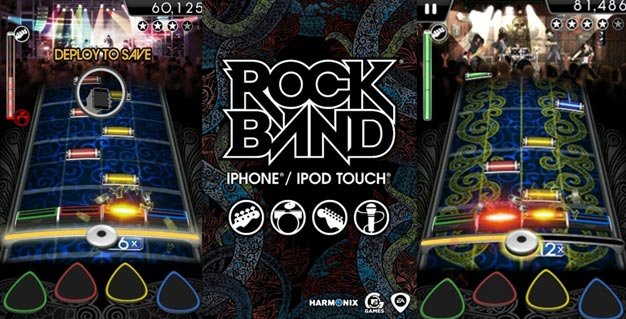 Are you ready for some shocking news? I own an iPhone and I am not a douchebag. Amazing, I know, but it is the truth. Having played some of the games available for the device, I am more than a little flustered at the quality that is available. Enter EA to attempt to save the day with a little Rock Band for the iPhone and iPod touch.