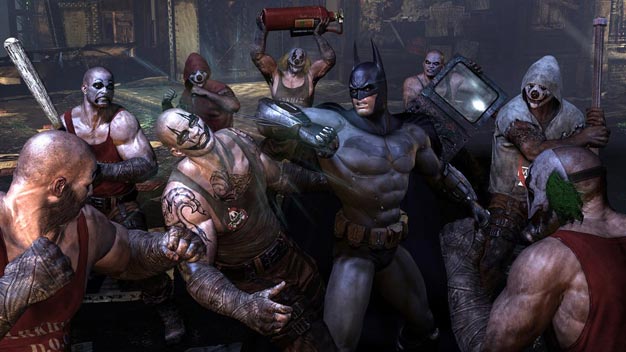 The Dark Knight works best by himself, and developer Rocksteady knows it; the team behind Batman: Arkham City has revealed that there will be no multiplayer of any kind in their latest game.

Game director Sefton Hill spoke to IGN, who asked him about recent rumors surrounding co-op. He replied: “There have been a number of rumors circulating about a multiplayer mode in Batman: Arkham City so let me start by saying, once and for all, that Batman: Arkham City is a single-player only experience.”

That means no co-op, something many people had hoped would feature. “Our thought process behind this was fairly simple,” Hill continued. “When we investigated adding multiplayer we asked, ‘If we use all of the energy that is required to create multiplayer and instead focus this on the single player, would that deliver a better overall game?’

“With the game now coming to the final stages, I can honestly say it would not have been possible to deliver Arkham City the way we wanted to if we’d have added multiplayer.”

It’s certainly nice to hear from a developer that’s still committed to the single-player experience in an industry now dominated by multiplayer add-ons. Hill concluded: “So it might not be the fashionable choice, it might not get us an extra tick on the box, but we are convinced, and we hope that gamers will agree when they get to play the finished game, that we have made the right decision.”