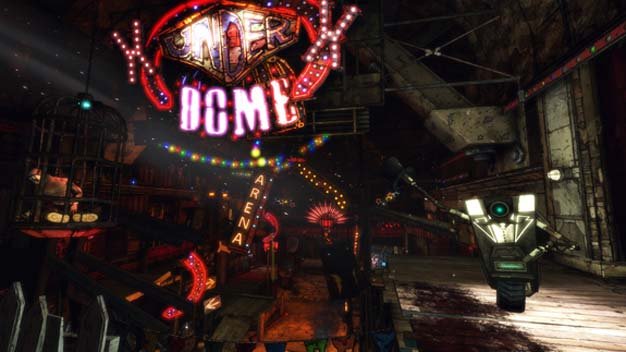 The second piece of downloadable content for Borderlands has been announced; Named Mad Moxxi’s Underdome Riot, the new content will add “three new Riot Mode arenas where players will endure an onslaught of Pandora’s baddest enemies.” So something like Horde or Firefight by the sounds if it? “Working together, players will fend off the masses as they fight for fame, honor, and more importantly, loot. Mad Moxxi’s Underdome Riot also adds a new bank feature, which allows players extra storage capacity … and the ability to acquire two additional skill points as quest rewards”.

The DLC will be available for all three systems with the Xbox 360 getting it first on December 29, the PS3 following on January 7, and, if the first DLC is any indication, the PC a few weeks after that.