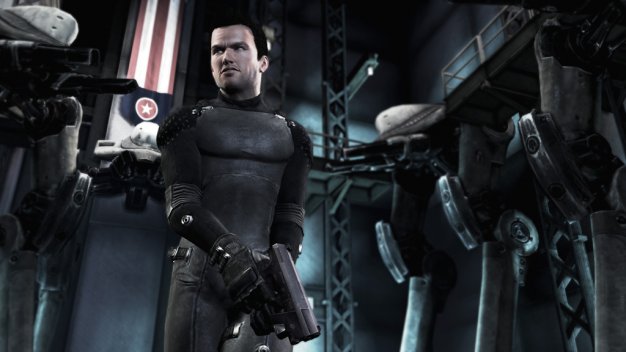 With Chair Entertainment keeping busy on other projects, downloadable content was essentially ruled out for Shadow Complex. A sequel wasn’t though.

A recent talk with Donald Mustard, the developer’s creative director, reveals the almost-certain return of the side-scrolling shooter.

Mustard says that the return of Shadow Complex isn’t a “question of if, it’s a question of when.” While refusing to reveal much information, he does admit to the first game being their “baby” and they “love it dearly,” hinting to the fact that they are “working on some cool stuff.”

That “cool stuff” won’t be a slapped on iOS port of either game though says Mustard. He can’t think of a way to translate the controls to touchscreens in a way that “Shadow Complex needs to be amazing.” Clarifying the point, Mustard says the game is designed for controllers and he isn’t a fan of forcing console controls on a touchscreen, doing so loses “so much precision.”