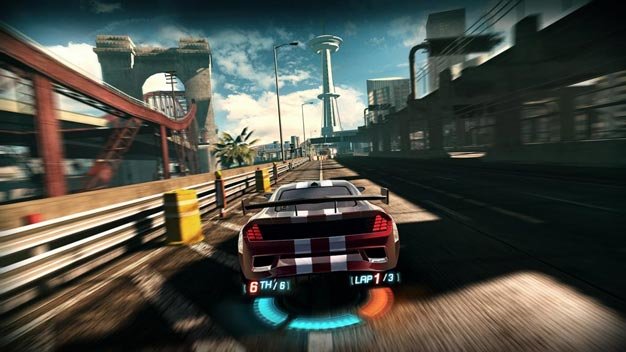 Update: BigDownload has received a clarifying response from a Disney rep. “The game will be available for PC at retail outlets. We also plan to release the game via digital distribution but have not announced details yet. It is not planned to be a limited release,” they were told.

The quote below was given to us by a Disney UK marketing and PR assistant. She’s yet to respond to our follow-up inquiry.

Original story: We’ve been gearing up for Split/Second for a while now, and news of the PlayStation 3 and Xbox 360 versions of the destructive racer hitting Europe and North America in mid-May has only got us even more excited. However, we noticed that there hasn’t been any mention of the release date for the PC version just yet.

Turns out it’s still coming but it won’t be hitting shops like its console companions.

“We will be releasing on PC at the same time but it will be a limited online release,” a Disney rep told TVGB via email today.

We’re not entirely sure what “a limited online release” means, perhaps a Steam-only release, but we’ve followed-up with Disney for clarification.