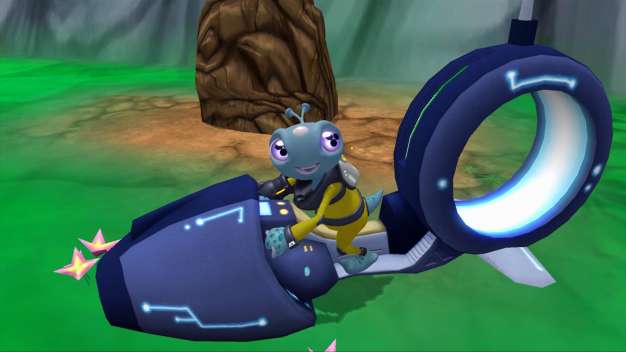 The Maw is one of Xbox LIVE Arcade’s best games in our opinion. Though it is very short, it’s also a colorful and unique gameplay experience that’s well worth 800 MS points. One thing we demanded of The Maw is more content to further the story or new superpowers to play around with with. Lucky for us, Twisted Pixel shot has announced that we’ll be getting just that — more levels for The Maw for 100 MS points or $1.25 each.

The Lost Levels are scenes that didn’t make it into the original game. They are called Speeder Lane, Brute Force and River Redirect. In addition to having over 100 new animations the Lost Levels will also have new Achievements to unlock and gameplay options to explore.

We won’t be seeing these Lost levels for several weeks unfortunately as the Twisted Pixel team has apparently been using its time traveling capabilites for other uses. For those that haven’t played The Maw, it’s available on XBLA for 800 MS points. You won’t regret the purchase.