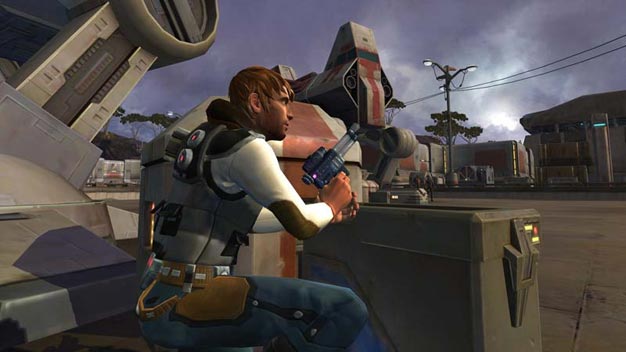 BioWare’s upcoming massively multiplayer online role-playing game Star Wars The Old Republic is a seriously ambitious title, but not everyone thinks it’s going to be all that popular.

Speaking at the London Games Conference this week Bigpoint CEO Heiko Hubertz expressed much uncertainty surrounding the title. He said The Old Republic will never make a profit. Not for publisher Electronic Arts or developer BioWare.

“If you look at Star Wars from EA and BioWare, they estimated a development budget of over $100m,” he said. “This is an online game for many million of subscribers, so the publisher does not understand that a subscription model is not the future. With micro-transactions maybe I see the game having a chance but I don’t think that EA or BioWare will ever be profitable with this game.”

The title isn’t due out for a while, which leaves more than enough time for BioWare to drop its planned subscription business model, and instead adopt a free-to-play, pay-to-enhance model. Should they in fact share some of Hubertz’s concerns, that is.