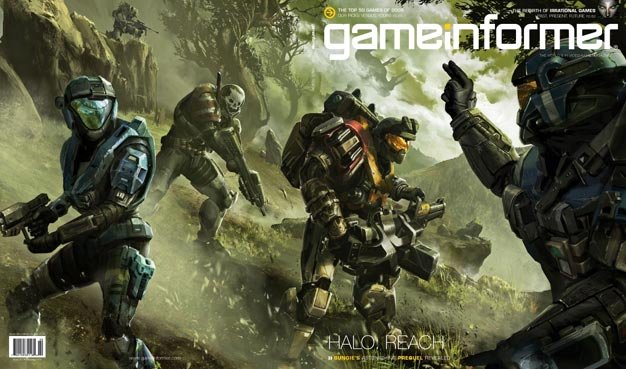 The first solid details about Halo: Reach have arrived via the latest issue of GameInformer, giving a small taste of what the latest entry in the series is aiming to deliver.

With up close war journalism-type camera movements helping to set the mood, the mag says Bungie is trying to mold the entire experience into a more serious look at the franchise (Reach has been previously reported to be “very bleak and violent“). The tech behind the game — said to be a generational leap over previous Halo games — will be used to convey the sense of planet Reach under siege as the player and the six-man Team Noble he’s a part of get dropped into much larger scale battles, all taking place just days before the events depicted in the first Halo game.

The issue also included info about the some of the finer details which CVG fished out from some scans that have been making the rounds: