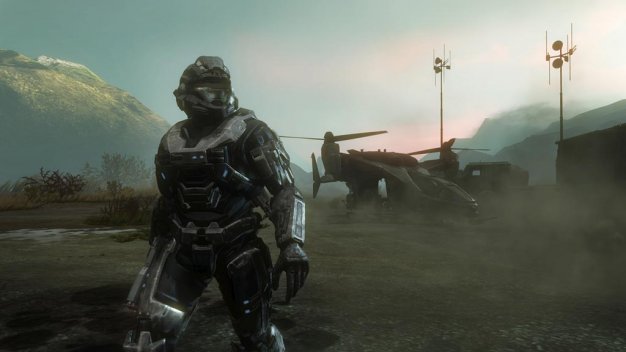 If you like Halo, and you like Gears of War, then you’ll probably like this. According to an anonymous source who’s seen Halo: Reach firsthand, the game can be likened to “Gears of War with Spartans” and is “very bleak and violent”. As the reveal trailer showed, the game documents the exploits of a rough and tumble Spartan squad and appears to be taking a more serious and mature approach.

Despite its general awesomeness and everlasting popularity, I found Halo 3 to be a minor disappointment. I can’t deny the fact that I played through the campaign countless times and had a blast with custom matches on Xbox Live, but as a whole it didn’t quite bring the cinematic feel or atmosphere that a lot of other current-gen shooters have brought to the table. Halo 3: ODST did its best to switch things up with its noir-ish sensibilities, but when all is said and done, I was more affected by the live-action trailer that preceded it. Hopefully Bungie can realize the full potential of this new title’s set up and pump some more visceral emotion into the franchise.

About the author: Evan Kutsko