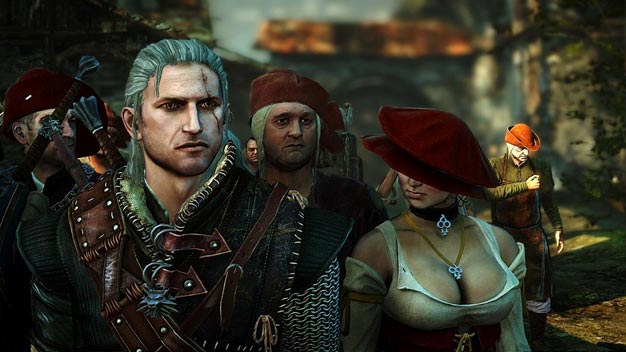 Next year’s The Witcher 2: Assassins of Kings is set to outdo its 2007 predecessor in a number of quite noteworthy ways; as explained during developer CD Project RED’s Gamescom gameplay demonstration last week, the second game has been improved and added to in pretty much every way possible, one of those being how it ends.

According to CD Project, players of the choice and consequence-focused RPG will be able to wrap up their journey in a number of different ways, as the game sports 16 different conclusions; quite jump from the first’s 3.

In addition, the game will have 3 openings and double the cut-scenes with triple the length.

Another number of interest, this time for its much smaller value, is the amount of loading screens players will be presented with. While the first game did so approximately 700 times, the sequel will interrupt gameplay with a loading screen a mere 4 times. This thanks to TSOOD — The Witcher 2‘s game engine that took 20 programmers and 3 years to create — which the developer considers to be “the best RPG engine in the world.”

“There are not too many RPG engines on the market, and we know that our one the best one so far, definitely,” a company rep said during the demo.

“We have tools for each one of the members of our team. Even the guy that puts plants on the locations has his own tool. We don’t want people to struggle with tools that are not for them, we want them to have their own. And our engine has dozens of tools, which is really RPG ready because it is an RPG engine.”

Added a second presenter: “We want to focus on making the game. We don’t want to play with the tools too much. We just want to make a good RPG.”

The Witcher 2, aka “the best-looking RPG you’ve ever seen,” is scheduled to ship early next year for PC, with Xbox 360 and PlayStation 3 versions expected to follow at a later time.