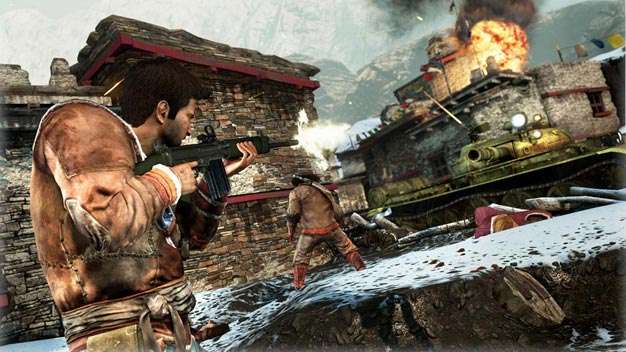 During our eyes-on session at E3 last week with Uncharted 2: Among Thieves, despite the near-deafening cacophony surrounding us, I asked co-president of Naughty Dog, Evan Wells, if there were plans for DLC. Guess what? There are! Of course, additional prying, bribery with snack foods and Charlie Suh as a personal photographer were met with the predictable, “I can’t talk about it.” Well played, sir, but now we speculate.

When the original Uncharted was released the game’s director, Amy Henning, famously stated there would be no DLC, saying, “We included all our bonus content as unlockables right on the game disc.” So, will we see an extension to the story, updated multiplayer maps/modes or add-ons for LittleBigPlanet? Multiplayer expansion is pretty much a no-brainer, but would you want more single-player or should the $60 spent on the game represent the whole, grand adventure?